I KNOW, my life is just TOO EXCITING, right?

The last three contractors/service people who have entered our basement have all zeroed in on our dryer and said “um…you know that’s super dangerous to have it vented like that, right?”

So: new year, new me, I finally got off my ass to do something about it.

Apparently, though, I did not take a good picture of the previous configuration? Anyway: the main problem is the white plastic ducting you can see there. It snags dryer lint and gets overheated and was a nasty fire risk.

See? Loooooots of dryer lint. Now – you can clean this out with either forced air (like a leaf blower) or these attachments they make that spin around, etc. However. The plastic is super fragile and old and probably would have shredded if I’d tried that.

It was also very jankily held up by, if you can see closely, plastic stripping held together with twist ties.

I opted to also replace the elbow coming out of the dyer at the same time because why not. I also probably should have bought the semi-rigid duct stuff instead of this more flexible stuff but live and learn, it was only $30 spent in materials and in 3 more years if I am unhappy with this I will do it over. It only took about 2 hours of my life.

And the final new venting: straighter, smoother on the inside, and stronger overall. I turned on the dryer and went outside to test to make sure it was blowing strongly, and it was, despite the 16′ length from dyer to exterior wall.

So: boring, but quick and easy and a decent improvement in overall house safety.

One of my Christmas presents this year is to do a small but impactful upgrade to the kitchen: new cabinet pulls.

You may recall that I’d already stripped the wallpaper and repainted. I also added a dish soap dispenser and swapped the antique microwave for a vent hood. Other than that – not much has changed in the kitchen.

It’s a great kitchen. The cabinets are a touch outdated, but I like wood rather than white cabinets, so I’m inclined to keep them that way. Eventually, we’ll replace the floor and the countertops, but that’s more in the 3-5 year plan.

In the meantime: cabinet pulls. I forgot to take a picture of the current/old ones, because I’m an idiot, but you can see the outline of where it was in the first picture.

The second picture is a potential replacement.

It’s definitely a significant improvement, but I’m not in love with the style. It looks a little too prefab for me.

I know I want something Art Deco-y. I know I can’t spend $25 per pull, much as I might lust after these, from the House of Antique Hardware. (They’re also not the right size; I need 3″ pulls because I have zero interest in messing around with wood filler, etc.)

These are a distinct possibility but I’m not sure I love the rounded look. 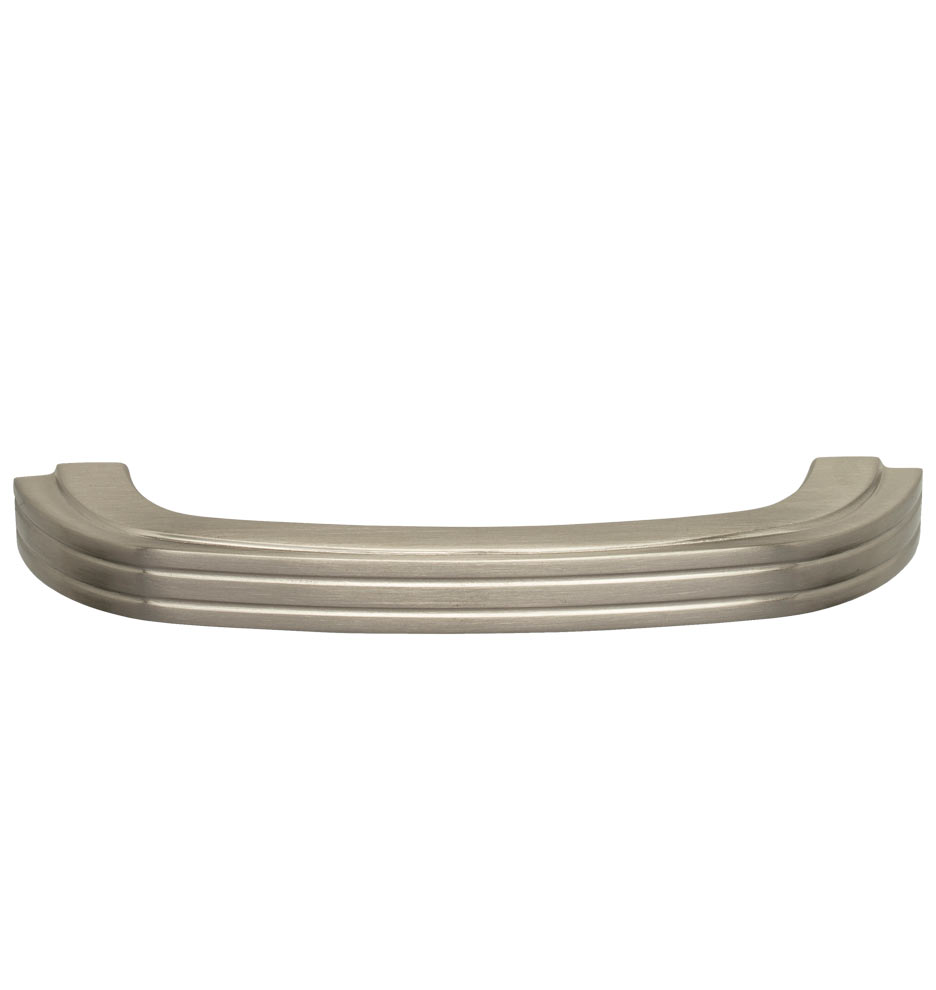 This one is also a possibility, but the smallest it comes is 3.5″. 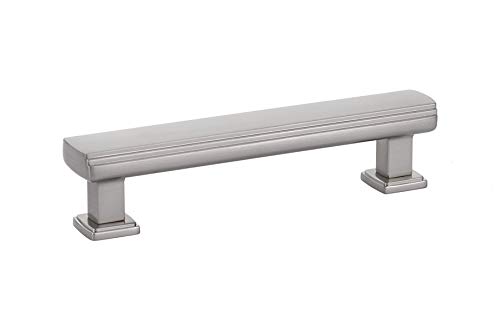 On the off chance that anyone out there enjoys haunting the internet for cabinet pulls in your spare time, here are my requirements:

I’ll recap the overall house progress of 2018 in a later post, but for now: what do I want to get accomplished in 2019?

It is, however, starting to feel like we’re finishing something big and resting a bit. We’re more into the nice-to-have rather than the must-have. Which is great.

Home ownership is a neverending exploration of all the dumb shit things that cost money, I tell you what.

Already this fall, we spent almost $1k to get some diseased trees removed.

Earlier this week, we had a nasty windstorm. I remember smugly thinking, “so glad we got those trees taken care of, I don’t have to worry any more about these storms!”

Cue frantic calling of all the roofers I could find via Google. Most of them didn’t quite laugh at me, but they were baffled that I thought that they might have ANY time to even come LOOK at the roof when winter is coming.

Yeah. Winter is coming. Hence why I want the damn thing fixed before SNOW.

Anyway, a very nice man finally agreed to come take a look and then I texted him probably waaaaaay too many times when he got delayed a couple of times and then on Saturday he came with a guy and they tacked the shingles back on.

I hit the jackpot with my in-laws, in more ways than one. Right now, though, the top of that list is that they come visit and we get huge things done.

This weekend, for example, we took down all of the living room wallpaper!

It’s tough to describe the paint job underneath. It looks like there is a layer of rust-colored paint, covered by a taupe color in stripes and the whole thing was treated with something that made it crackle. Then there are these fake woodgrain-looking patches. And the lines between the stripes are sort of patterned dots.

It’s just odd. Someone put a TON of work into making it look like this, and I just can’t entirely figure out why.

As you can see in the last picture, the final bit to do is scrub off the glue, and we’ve already started.

If all goes as planned, this is on track to finish by the end of October!

I planted a ton of basil this year, hoping for a scenario exactly like this: truly absurd amounts of basil to harvest at the end of the year. Then, my hopes looked dashed when some kind of pest got into the basil. I pulled into my driveway every day and got grumpy when I saw how the plants were basically gone.

But! Miracle of miracle, the basil came roaring back late in the summer. I did absolutely nothing, so I’m not sure what happened, but I’m glad it did.

7.5 cups total all in little tupperwares for scooping out this winter for various meals – pizza, pasta, and the like.

There are eight cast-iron radiators in this house. They are powered via a steam heat furnace in the basement. They are huge and heavy and I kind of love them. They heat the house up quickly, and bring out a sort of old-house cozy smell and feel as they do. It’s also a moist heat, even in the depth of winter.

Previously, we sent out two radiators to be sandblasted and I repainted them.

While I was doing the dining room, I sent out the next three radiators, all in rooms that were now finished. I also unhooked the study radiator to strip wallpaper and paint behind it. So: three radiators refinished, four rooms of painting completely done.

Study radiator: refinished already, but the wall behind it was not yet done.

Upstairs library, needed the wallpaper glue washed, then plastered, then primed, then two coats of paint. Each step was quick; it was the drying time that dragged this out.

…and it took the guy at the granite shed about 2 minutes per radiator to move them over to the sandblasting area, a much further distance than we’d carried them.

They hung out at the granite shed for a few weeks – they do them in their off hours, when they’re not doing granite work – and then a week ago they were ready!

Then painted with primer and two coats of Rustoleum’s high heat paint in silver.

THEY LOOK SO GOOD.

Four radiators still to go, hopefully next summer. Two of them are our largest in the house and we’ll have to hire people to help us get them out. I’ll also have sold the truck by then, hopefully, so it’s going to be a lot more complicated next time around either way.

There was an error retrieving images from Instagram. An attempt will be remade in a few minutes.