REALLY big things happening as I type this blog post, things with actual demolition and dramatic improvements, but instead I shall share a small piece of what has become my current bete noire project: my office.

Taking down the wallpaper was easy. Scrubbing off the wallpaper glue was harder, and more time consuming. Patching the walls has been a godawful neverending nightmare. A project that I slated to take 2 weeks is into week 3 with no chance of getting to paint anytime soon.

I’ll do a more complete recap later but here’s a small 30 minute portion of it.

At some point, someone added extra outlets to this room. Probably when it became the office for the previous owners. (It’s labeled “Dad’s Office” on our breaker box.) (They also added TWO cable cords, ahaha, pre-wireless days.) So there were two outlets on new wiring, and two on old.

One of the old outlets was 6″ from a new outlet, so there was zero point in rewiring it because power strips exist. We left it. And last week, I finally got around to cutting it out entirely.

Tools: pliers, wire cutters, electrical tape, saws-all
Please note that I was absolutely 100% certain there was no electricity going to this outlet. You should also be before trying something like this at home.
Step 1: unscrew and yank out the outlet itself. 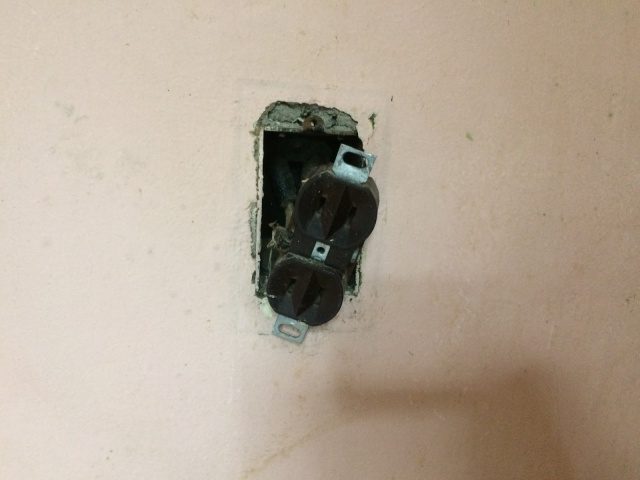 Step 2: cut the wires, and tape off the ends with the electrical tape, mostly for completion’s sake.

Step 3: saws-all time! If you’re like me, and really really effing bad at handling the things (which tend to jump all over everywhere unless you brace them) this it the WORST. 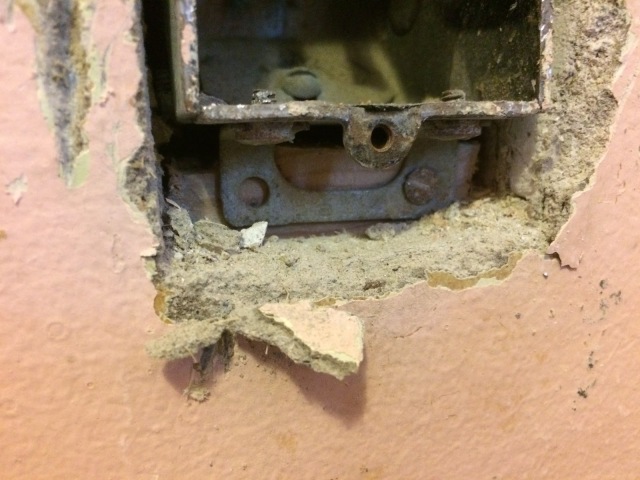 Yeah, I just sawed right through the metal pieces holding it to the wooden backing because I could not be arsed to unscrew them. Which was not a great idea, I admit, though that’s what saws-alls are meant to do, because it exacerbated my difficulty in holding the damn thing still. But either way: gone! 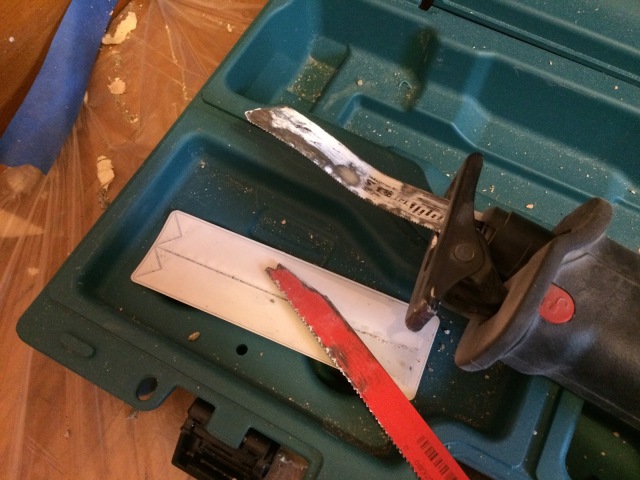 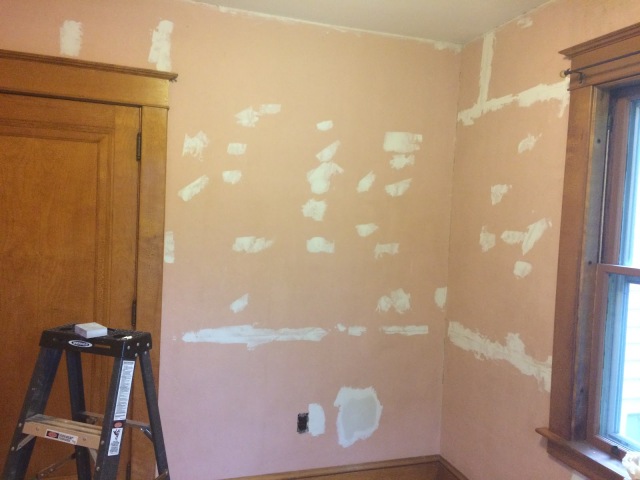