Some months ago, I found a really nice Goretex insulated barn jacket on clearance at SmartPak. I examined every inch and determined that the zipper was broken: it no longer had a retaining box at the bottom to stop it from opening up again once it was zipped. I was willing to live with that for the great price – it was a style of coat I really wanted. 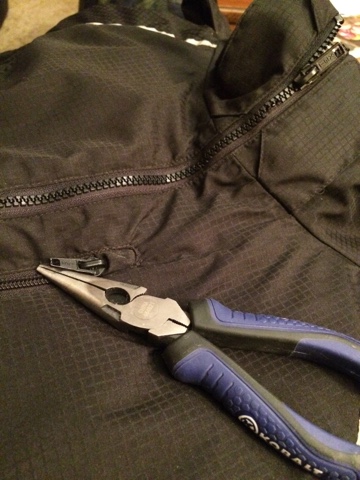 Then I thought I would have it fixed, but the sewing shop I have used for small things in the past said it was unfixable, and I would have to replace the zipper at a cost of 2x what I paid for the coat. No thanks.
So I bought a zipper repair kit, and spent about 30 minutes Googling and thinking and trying different things. The end result? I added a second zipper clincher (the thing that actually moves up and down) to the bottom of the zipper. So now I can unzip it from the bottom if I want (like if I want more freedom of movement in the saddle) or leave it down, and it will stay zipped. 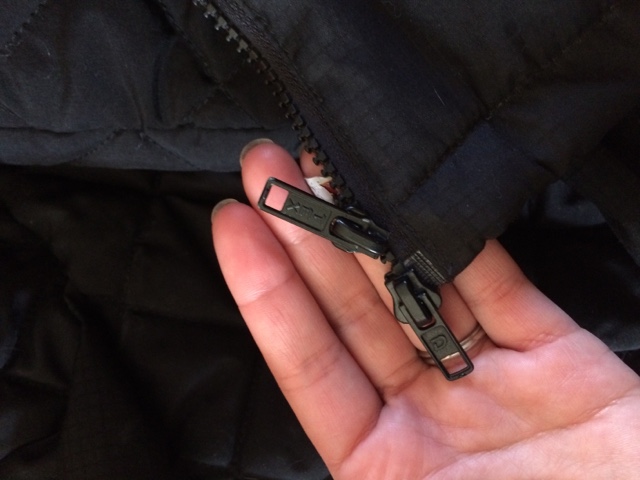