Vermont – and most of New England – is in a bit of a heat wave for early November, by which I mean it’s in the low 60s for the high. So earlier this week I got to the barn while it was still light out, and thought, hey, I could go outside and get some work done! 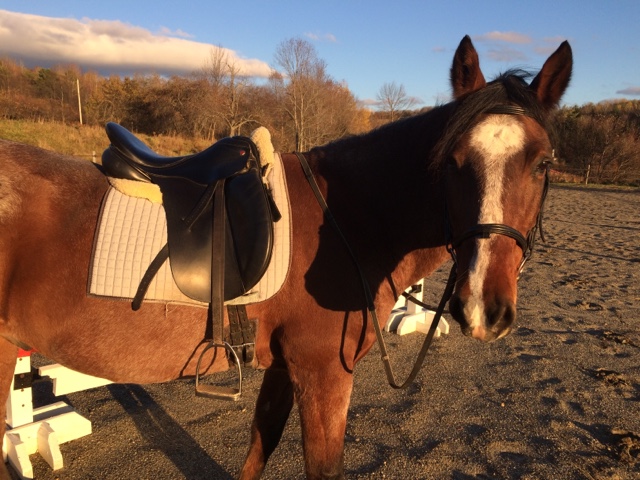 Tris was sore from a hard school we’d done the day before so I was focused on getting him moving and stretching. He was not thrilled with that plan, especially when it involves some long & low work over trot poles. For Tristan, being in the outdoor is an time to flail around, run through his shoulders, and generally work on freight train management. 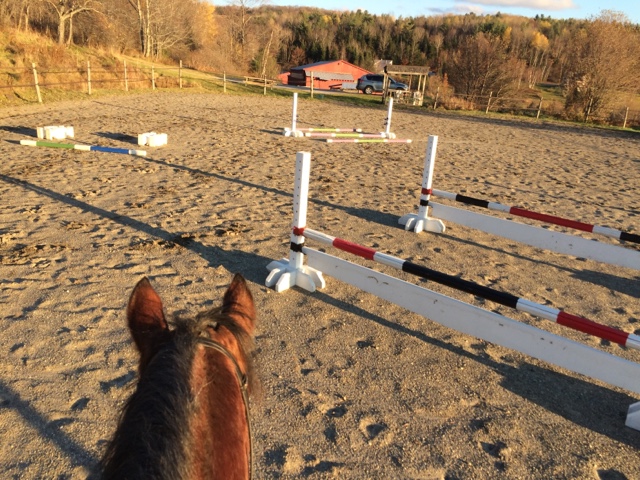 Because there were jumps set up, we also had some steering issues: he wanted to bolt toward them and jump all the things, which would not have ended well for either of us. So I mostly tried to re-route that energy. 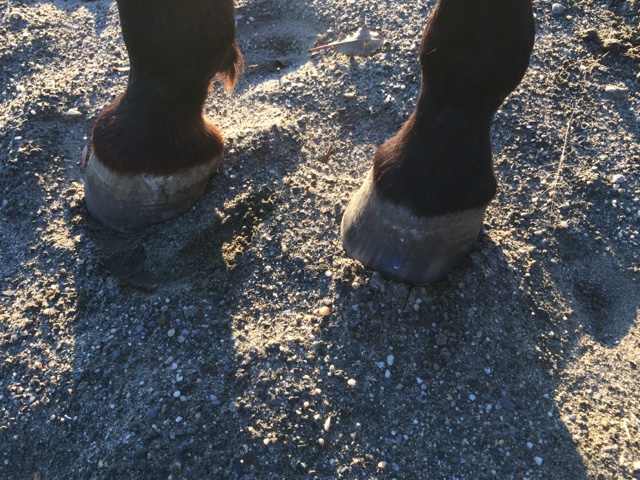 You may or may not be able to see in this photo, but he has a fair amount of blue paint on his front left hoof from knocking into poles. So, mixed success on re-routing.
He was sweaty and puffing after even that very short ride – both from the work he put in avoiding what I was asking him to do and from the temperature. So he got walked out for a while and then clipped.
It’s possible we will get one or two more schooling rides outdoors, but between the time change and the impending change of season, I doubt it.

2 thoughts on “[Probably] Last Ride Outside”