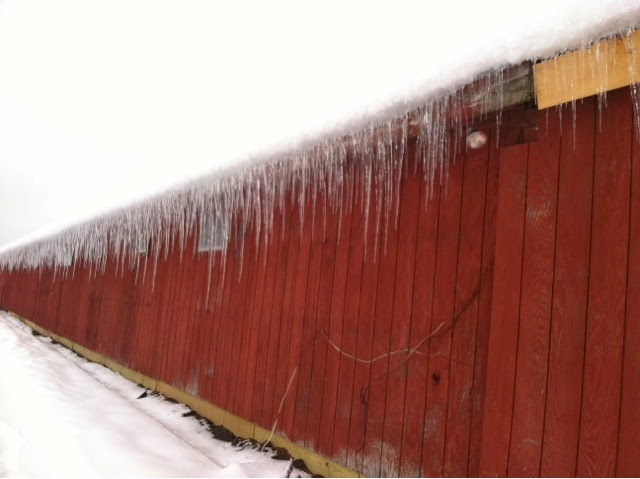 My horse is so inexpressibly weird sometimes, you guys.

Case in point. Yesterday afternoon we took advantage of clear skies and daylight to get out of the indoor and walk on the roads a bit. I was still bareback, and the roads have been icy, so we oped to go up and down the flat parts for a while.
We approached a branch. There are lots of branches still coming down regularly after the heavy snow. Tristan approached, curious, so I have him his head and he sniffed it.
Then he took a piece of it in his mouth and dragged it down the road with us three or four strides, like a dog.
What the ?!
He was so pleased with himself! “Look, mom, I found it! I get to keep it, right?” 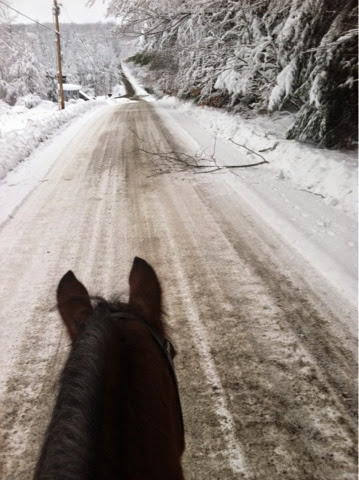 I was so startled that it took me a few seconds and them I thumped him on the neck and yelled “hey!” He yanked with his neck and pulled off a piece of the branch, then continued on, chewing on the stick.
I pulled him up and reached forward to pull the stick out of his mouth. What a weirdo!
The rest of the ride was uneventful, thankfully, if short – there’s only so long I can ride up and down the same half mile stretch… 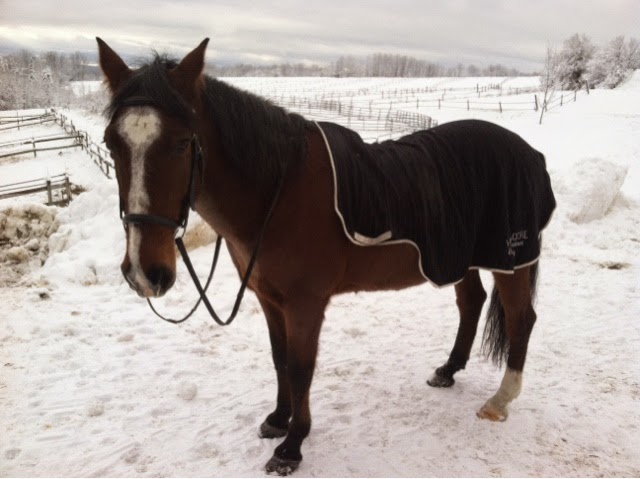 4 thoughts on “Dog and/or Pony Show”