Let’s talk about two things that are very near and dear to my heart: old movies and horses.

If I had my way, we would never have moved into the morass of color movies and Method acting. (Seriously, though, fuck Method acting forever. It’s the worst.)

So, happy Friday; I’ll round up some of my favorite old movie stars with horses, because in those days everyone starred in a Western or a period film at least once.

First, I’ll have you know that Carole Lombard lived my dream life. (except maybe for the dying tragically & young part? but: defining screwball comedy, famously smart and sassy, worked her ass off for charity, nailed Clark Gable at his hottest, yes, I will take all of that)

Clark Gable looked damn fine with a horse, too, which he would have to. He owned a ranch with Lombard and they were avid racing fans. 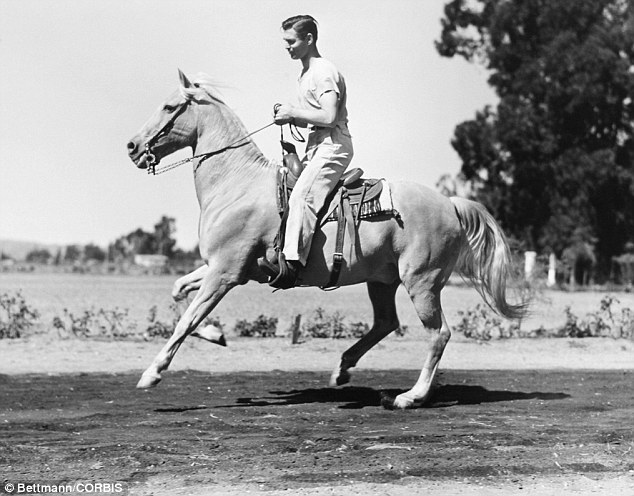 Barbara Stanwyck also owned a ranch. Despite the many Westerns she starred in, there are not a ton of pictures of her out there actually on horseback. 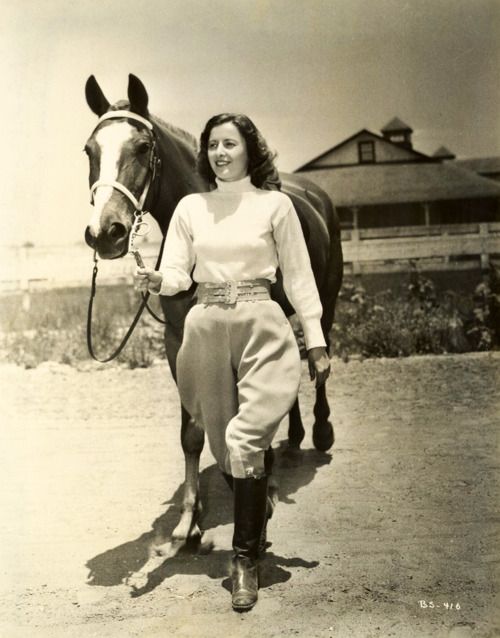 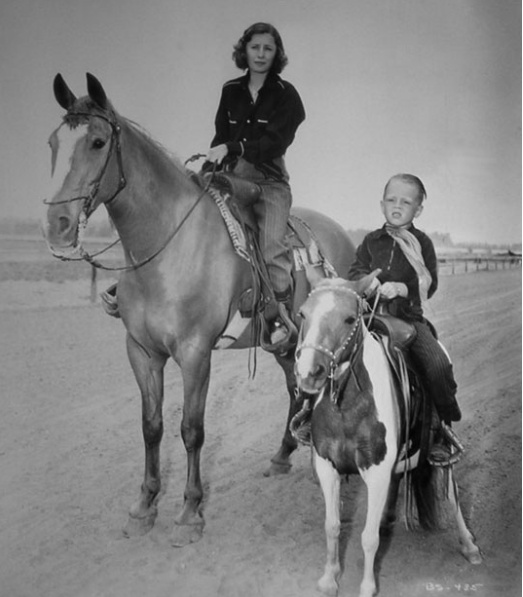 Elizabeth Taylor had to learn to ride for National Velvet, and fell off a lot, and did not really ride much later in life. But there are some gorgeous photos of her from that movie.

I think probably Ginger Rogers knew she looked fantastic with horses, but didn’t love them too much for their own sake. She was a city girl. 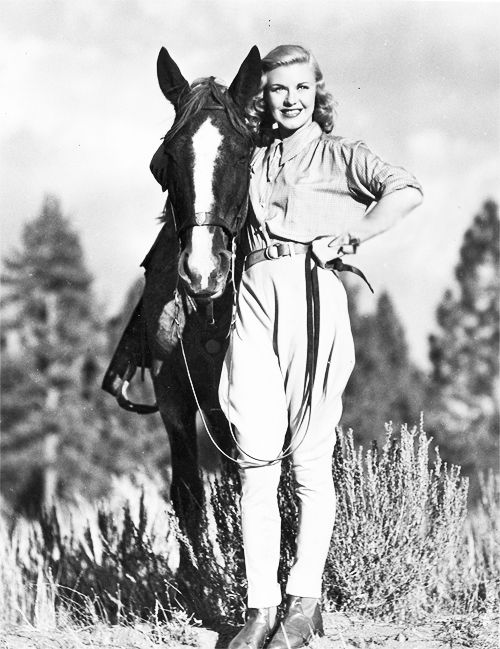 She did get to do one of the great dance sequences in Hollywood history wearing a riding outfit to die for.

There are of course a million pictures of John Wayne with horses, but did you know as a young man he was gorgeous?

I know, this one doesn’t have a horse, I’m just on a perpetual mission to let people know that their mental image of John Wayne is, like, 40 years too late. Because DAMN.

Shirley Temple had a succession of ponies, obviously. 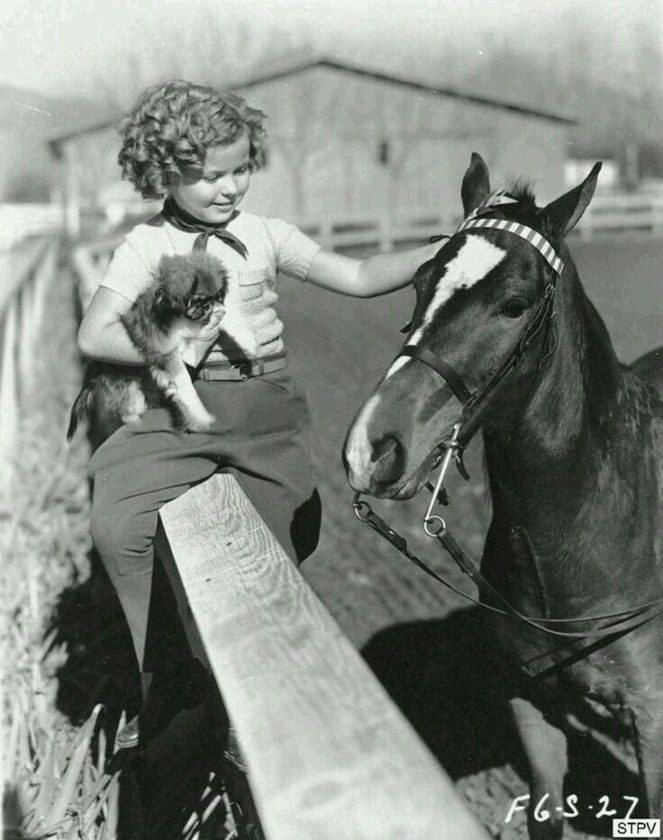 Jean Arthur only did one Western that I know of, but it’s the best movie you’ve never heard of: 1940’s Arizona. Here she is on semi-famous stunt horse Dice, who put up with a lot during his career. 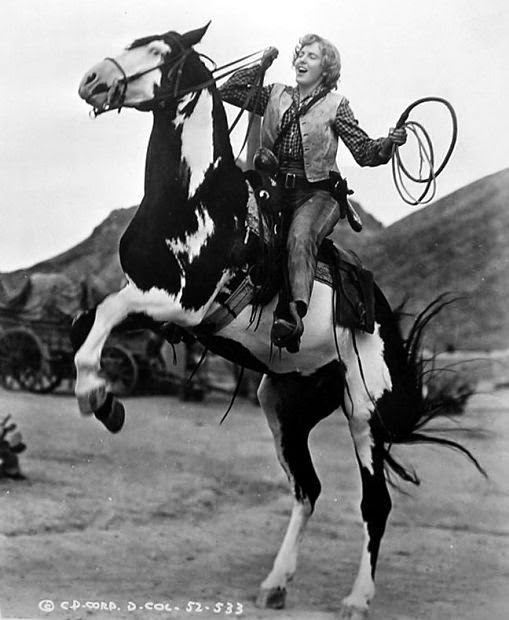 Gregory Peck, yes please. I believe this is also Dice. Peck did a ton of Westerns.

Joan Crawford did everything, including Westerns. 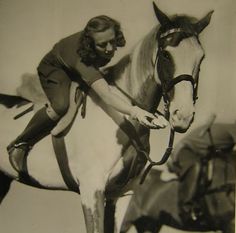 Gary Cooper AND Ingrid Bergman, be still my heart. (This is a still from a very bad movie called Saratoga Trunk. If you thought a movie starring Gary Cooper and Ingrid Bergman could not be anything but perfect, well, I’m here to disillusion you.) 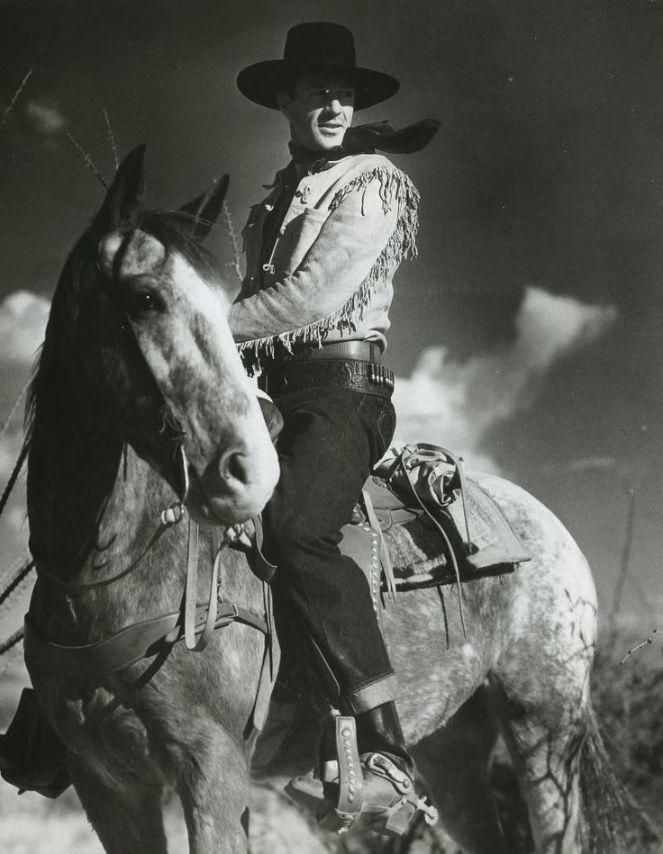 Gary Cooper grew up in Montana, so he gets actual street cred here. Myrna Loy was born in Montana but moved to California, and despite having some really terrific roles in movies with horses (Broadway Bill and Love Me Tonight both come to mind) she was, like Ginger Rogers, a city girl who never quite looked comfortable with horses. Or pit ponies. 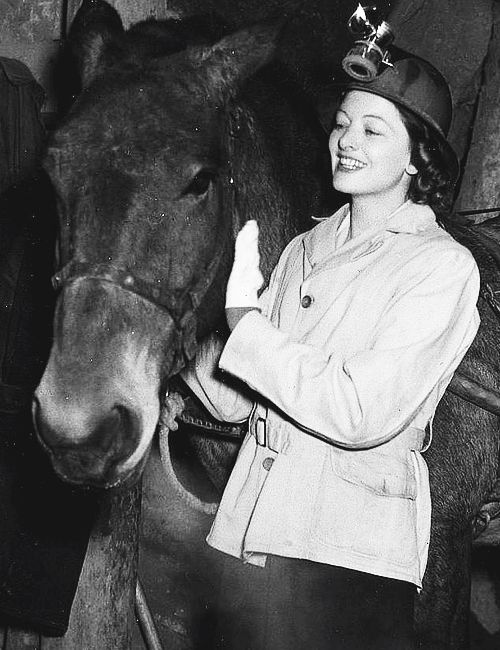 Her frequent costar William Powell…also not entirely comfortable with horses. But he looked good being skeptical.

I could look at pictures of Katharine Hepburn all day.

She was famously athletic, a quality she shared with her longtime lover Spencer Tracy.

I am not much of a Spencer Tracy fan, but…wow. 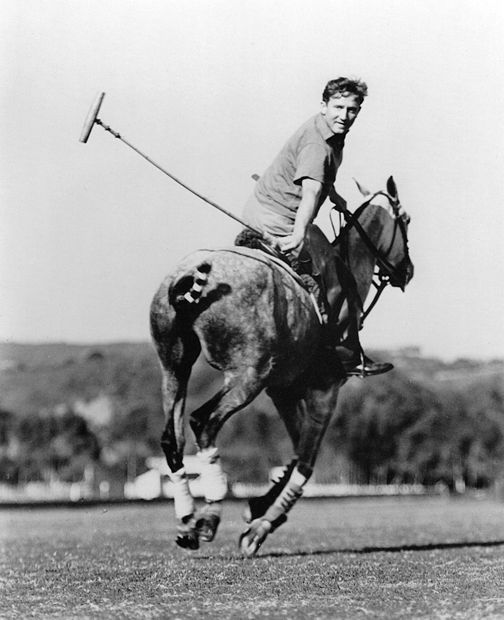 Ethel Merman always looked good, and had the confidence to pull off…whatever it is she’s wearing. That horse’s face says it all.

And finally, the original movie stars, Mary Pickford and Douglas Fairbanks. Can we bring this look back, please? If hunter shows had a cosplay/reenactment class in which I could dress like either Pickford or Fairbanks here, I would switch disciplines in a hot second. 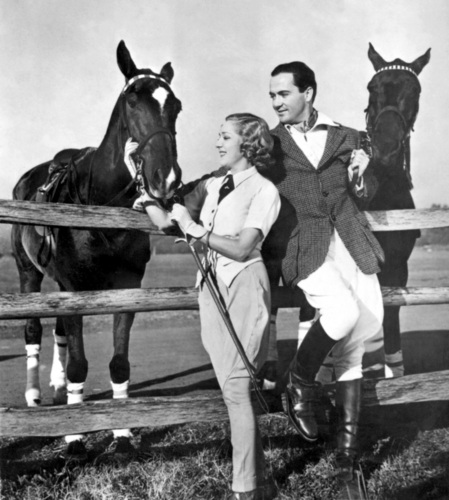 Obviously that’s far from an exhaustive list, but I had fun with it. Do you have any favorite classic Hollywood films featuring horses, or a favorite star that loved horses?